Lunch time in the Panier

"Panier" means "basket" in French.
This part of Marseille dates back to 600 BC. It is the place where migrating people would settle when arriving in Marseille. It is the oldest part of the town.
Once upon the time, in the 17st century, there was an inn. Its sign was a basket. The street where it was, then the whole neighborhood, became known as the Panier. The name has remained till now.

A painting of the harbor as it was. 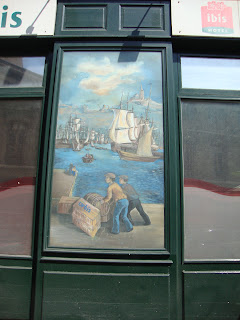 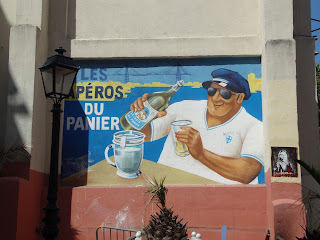 and the local beer, named after the Cagoles. Those ladies work was to peel oranges and figs. A dirty job, if you do that all day long. They wore a hat (cagoule) to protect their hair, hence their name "Cagole". They were young, eager to have fun, their clothes were always dirty. Quickly "Cagole" became the synonym of a woman with little moral, and poor taste. The name is still used today, often in a friendly way. 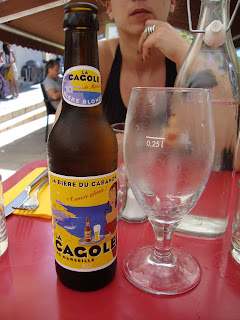 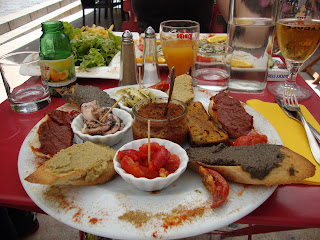 And to finish, a glorious view on the harbor and the church that protects Marseille. 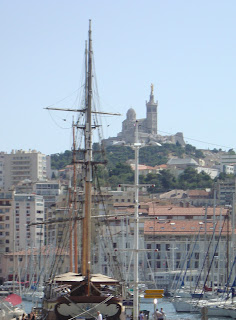 For Xmas, I was given this Knit Wear issue. I enjoyed it very much, not only for the patterns, but also for the technical articles in it. I've learnt a lot of things already. And the cover pattern, awwww, isn't it beautiful.
Until now, I have been scared of cables. I don't master all the English knitting abbreviations.  Besides, it is quite hot. but I'm in love with that capelet. So what am I to do? Right, I just have to give it a try. I have nothing to lose, don't I. Just a bit of yarn and time...

So I took a deep breath, prepared a few translations of those mysterious symbols, grabbed my needles, my row counter (what a wonderful tool!) and tada: 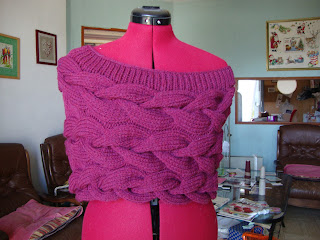 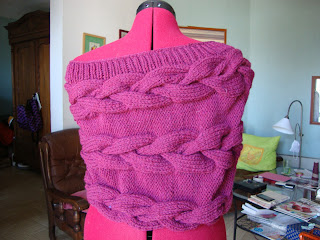 It took me only two weeks. I enjoyed the process, and I'm rather proud of myself.
And I do recommend it.
PS Don't tell my daughters, I think they had something in mind when they bought that issue "for me"... :-)
I would not be suprised if they'd tell me the color they want in their comment :-)
PPS I've fell in love with cables too...
Publié par verobirdie à l'adresse 6:55 PM 10 comments: 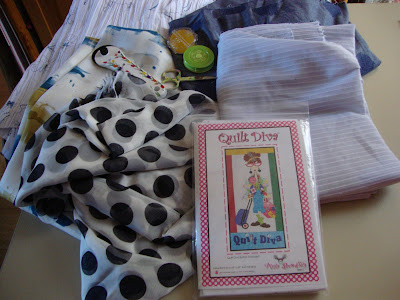 and especially for Miss Georgia Littlepea, flip-flaps with charms. 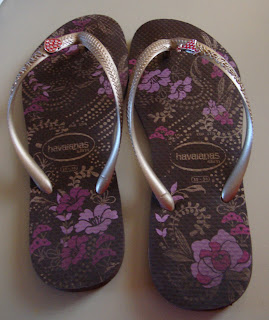 PS: to answer your comments, I'm always ready for a weekend in Barcelona. I'm an organized lady, you know, one daughter in Paris, one in Barcelona, one niece in Wien...  :-)
To tell the truth, Barcelona is the town where I started relaxing and enjoying doing nothing a few years ago. Now, after a lot of training, I can do that in other places too!

I was a bit exhausted as I prepared my bag on Thursday night. I even slept throughout the trip to Barcelona.
These were even my first words when my friend Neki asked me how I was. "Exhausted". But that was not to last! 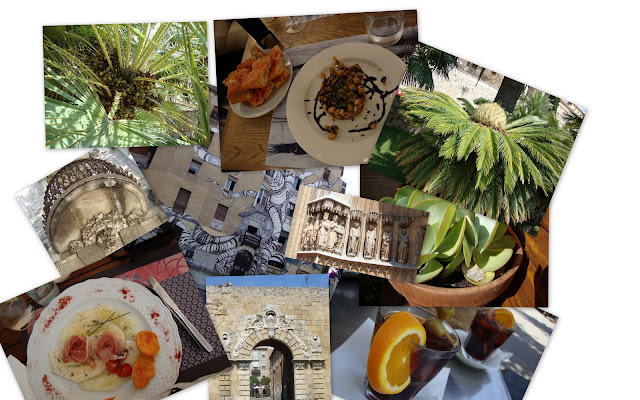 She had the best potion for that: a whole day spent chatting, visiting a fabrics shop and a patchwork shop (small but a quilter dream!) one Vermouth drunken lazily, then another one, a nice lunch. My mojo had returned before we left the first shop. I was in great shape by the end of the afternoon!
This day was followed by two more with my daughter Amandine. We first pampered ourselves in Barcelona, with a well deserved pedicure, and some shopping, then a nice evening celebrating one of her friends's birthday.
The next day saw us on the train to Tarragona, the Roman ruins and the beach.
A weekend of friendship,  mother-daughter love, sea and sun. That should take me until the end of August.

I hope your weekend was as nice as mine.
Publié par verobirdie à l'adresse 7:29 PM 6 comments: