Join
Alont the years, the morning glory is changing places. It was initially several yards from that rose bush. I'm not to thrilled at this new location, except when I visit the garden early in the morning and see it in all its glory. 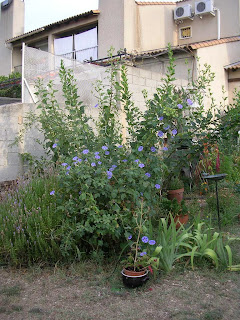 In her course about sketch books, Sharon suggested to use online kaleidoscopes to modify images. In Firenze, I saw real kaleidoscopes in a shop. They were too beautiful to be ignored: 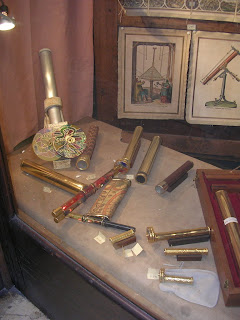 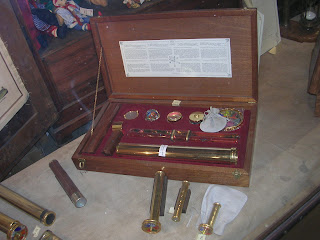 StitchAlong-1,
première mise en ligne par Vero de la Fare.
In Stitchin Fingers , the group Hand Embroidery has started an activity, called Stitch Along, in early July.
The principle is to explore a list of stitches at our pace, in the order we like.
This is the first entry I've managed to achieve, nearly two months later...
I'm using a linen band (hence the chicken on the border).
I've started with button hole stitch. Plain, on threads, in a grid and random. The last two are inspired by Stitch Magic by Jan Beaney and Jean Littlejohn.( Visit stitchin fingers)
Publié par verobirdie à l'adresse 9:54 AM No comments:

That's the new fashion here: drink from the watering can. I'm looking forward to the moment the watering can will fall and pour its contents over the cat... Don't think I'm neglecting my cats: at the same time, my daughter complains that she is stepping everywhere in dishes full of water... 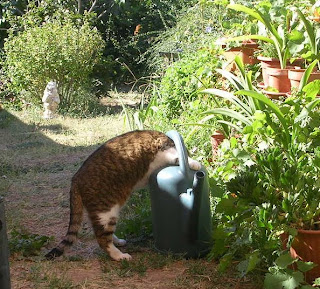 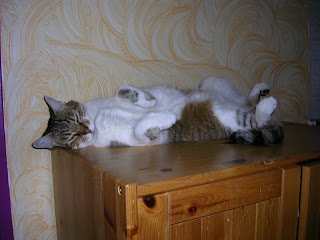 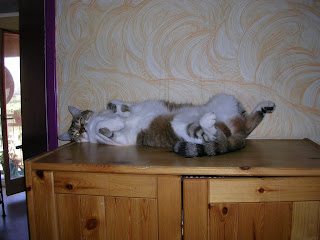 A little cover I made for my daughter's IPOD.
Commercial felt for the whole thing.
Pink and green Angelina fibers for the emberoidery background, fancy threads and beads. 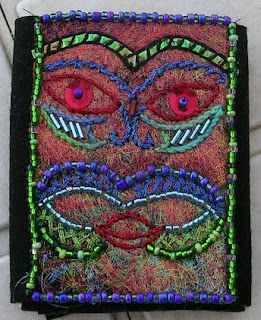 You may have notice that I go to Barcelona whenever I can. The last time was the opportunity to meet Neki of A Movable Feast . We had never met before, but after a few minutes we were like old friends :-)
We had a very great time together, around a table with Catalon food and a good wine. Neki likes to travel, and she knows all the places where you can find fine food. My daughter Amandine had joined us and she enjoyed the meeting very much too.
And look at this beautiful card and at this weaving sample. I'm fascinated by the pattern Neki can achieve ... 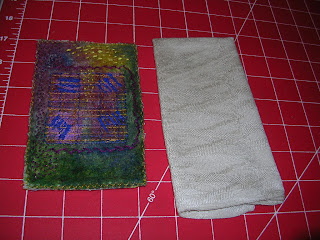 Thank you very much Neki! I'm already looking towards our next meeting...

Imagine a very busy street, in a town full of tourists. A building, very modest in comparison with all the other built by the Medici. Modest, from the outside only. Inside, there are some treasures, painting and wallhangings. The chapel itself is worth the visit. More information here.

And there is the garden, very simple and soooooo relaxing.

Gardeners, Plant and Nature lovers can join in every Sunday, visit As the Garden Grows for more information.

I've just spent 2 days in the past, in Firenze.
Click on the tumbnails to see a larger picture! 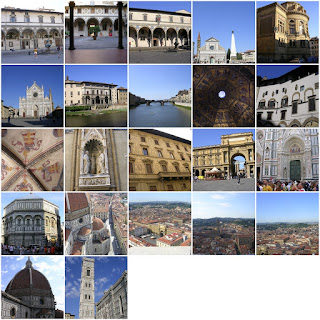 Choupette-2,
première mise en ligne par Vero de la Fare.
I've finished my TIF object for this month!
I made a CD-book of it, i.e. I've covered an old CD-booK with this embroidery.
Sharon is right, preparing and thinking a lot before starting makes the piece more attractive, and prevents UFOs!
For more on the before part : http://aufildujardin.blogspot.com/2008/08/tif-august.html
Publié par verobirdie à l'adresse 3:56 PM 8 comments:

The TIF challenge for this month sounds like this:

How do you balance aspects of your life? That is the challenge this month - balance.

and the color palette is this one: 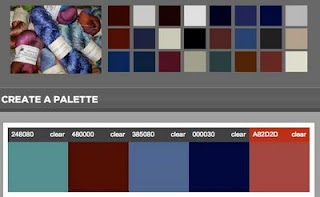 Up-to-now, I have regretted that I did not think enough before starting the challenge. After the course by Sharon on Sketchbooks, I had no excuse left.
Thinking and drawing when you are cat-sitting is not easy: 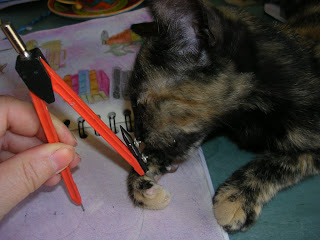 but not impossible. I started by listing things that made me happy, thus balanced: 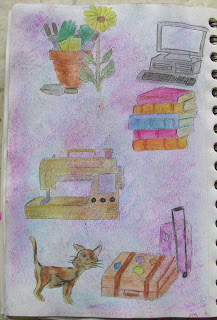 (this visual list is not exhaustive, I could add some humans...). However I did not see how I could translate them into textile, at least within a short period of time. So I browsed the web for symbols of balance. Ying-yang came first, and some crop circles considered as derived from ying-yang: 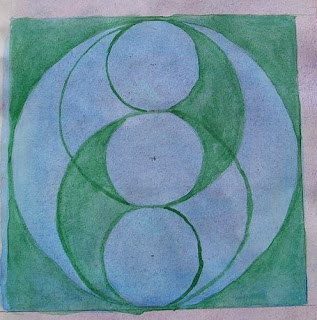 A crop circle is not me. This one is more me: 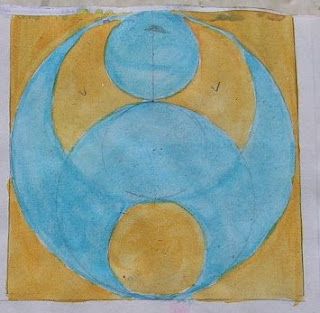 The ideas of circles, and things interacting with each other to make a balanced life led to this one: 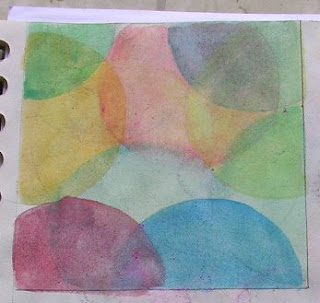 At the end of the day, I reverted to the basic ying-yang and painted some in different scales. At the end, I found it was too clean and decided to add a bit of spritz. It was the end of the day, my brain did not realize that adding a spritz of water would make the watercolors bleed. Once they did, that looked awful. So I added some salt, to see what would happen, and after all I like the result. May be I'll use it as a background someday. 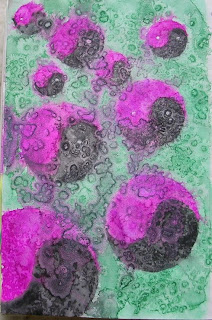 With the ying-yang, came the letter PHI. Before spritzing the ying-yang page, I had made one with PHI. This page too received some unwanted water, but I left it as it was 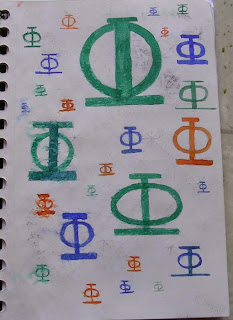 The next day, I had decided to use PHI , in some kind of composition. Until recently, I've considered myself as rather straight or square. But I tend to turn more circular. No wonder I like the combination of the straight lines and circle in the PHI. I wanted to work on that combination of circle and square. My first attempt: 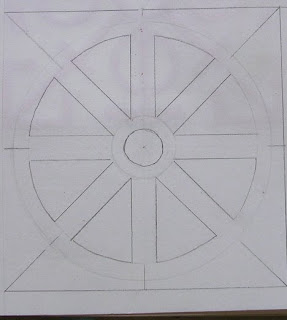 clearly I re-invented the wheel... I did not work on that one longer. Started this one instead: 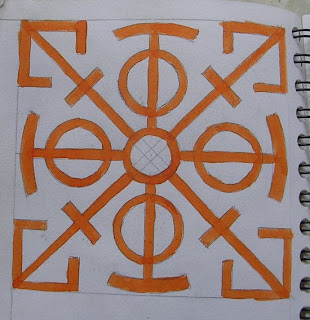 Not fully completed but a good squeletton for what I want to do.

Have all a nice weekend!

Green Thumb Sunday
Let me take you to a visit in Barcelona, to the park around Universitad 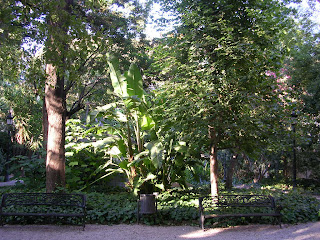 Gardeners, Plant and Nature lovers can join in every Sunday, visit As the Garden Grows for more information.
Publié par verobirdie à l'adresse 11:21 AM 1 comment:

Well, Ive been away this weekend. To Barcelona. The more I go there, the more I love this town :-)
Here are a few old street signs I've seen in the old part of the town. Enjoy! 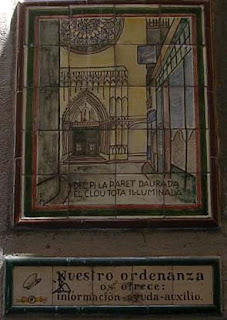 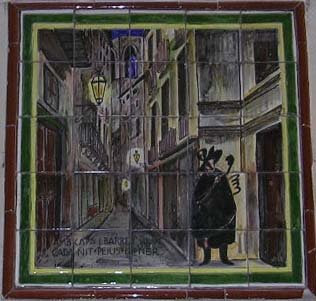 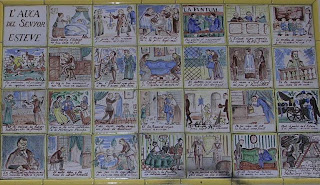 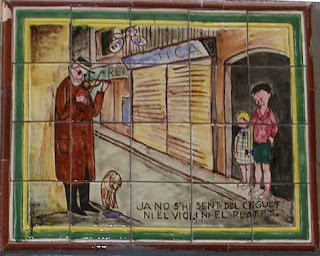 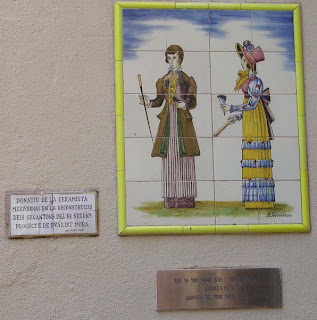 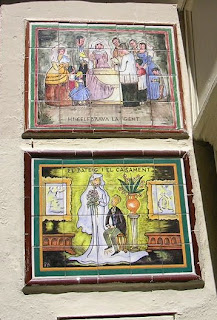 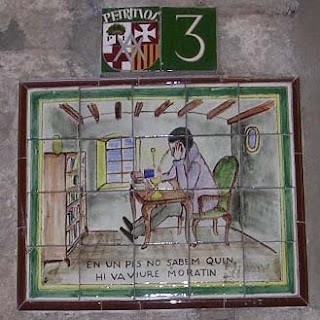 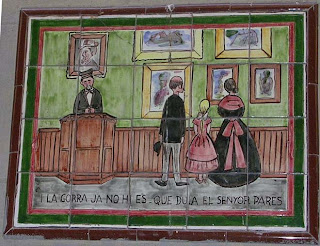 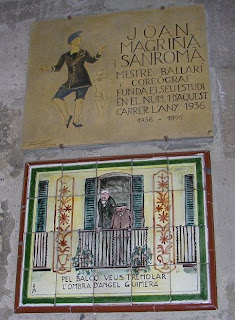