A bit or gardening

I promise I'll go on with Mongolia soon, but there is a second subject in my mind right now.
The front garden has never been really taken care of, in 30 years... The temporary solutions had become final. 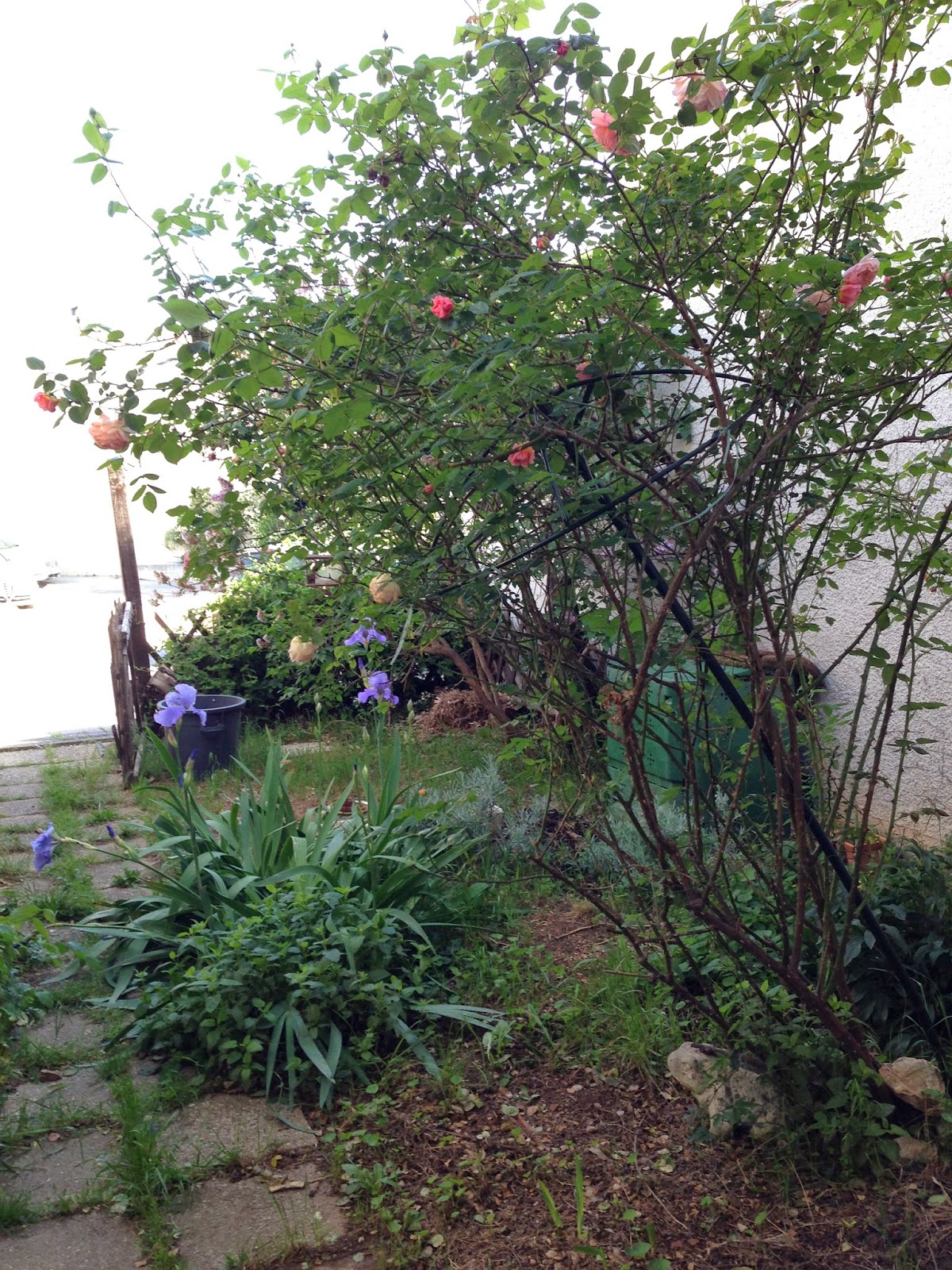 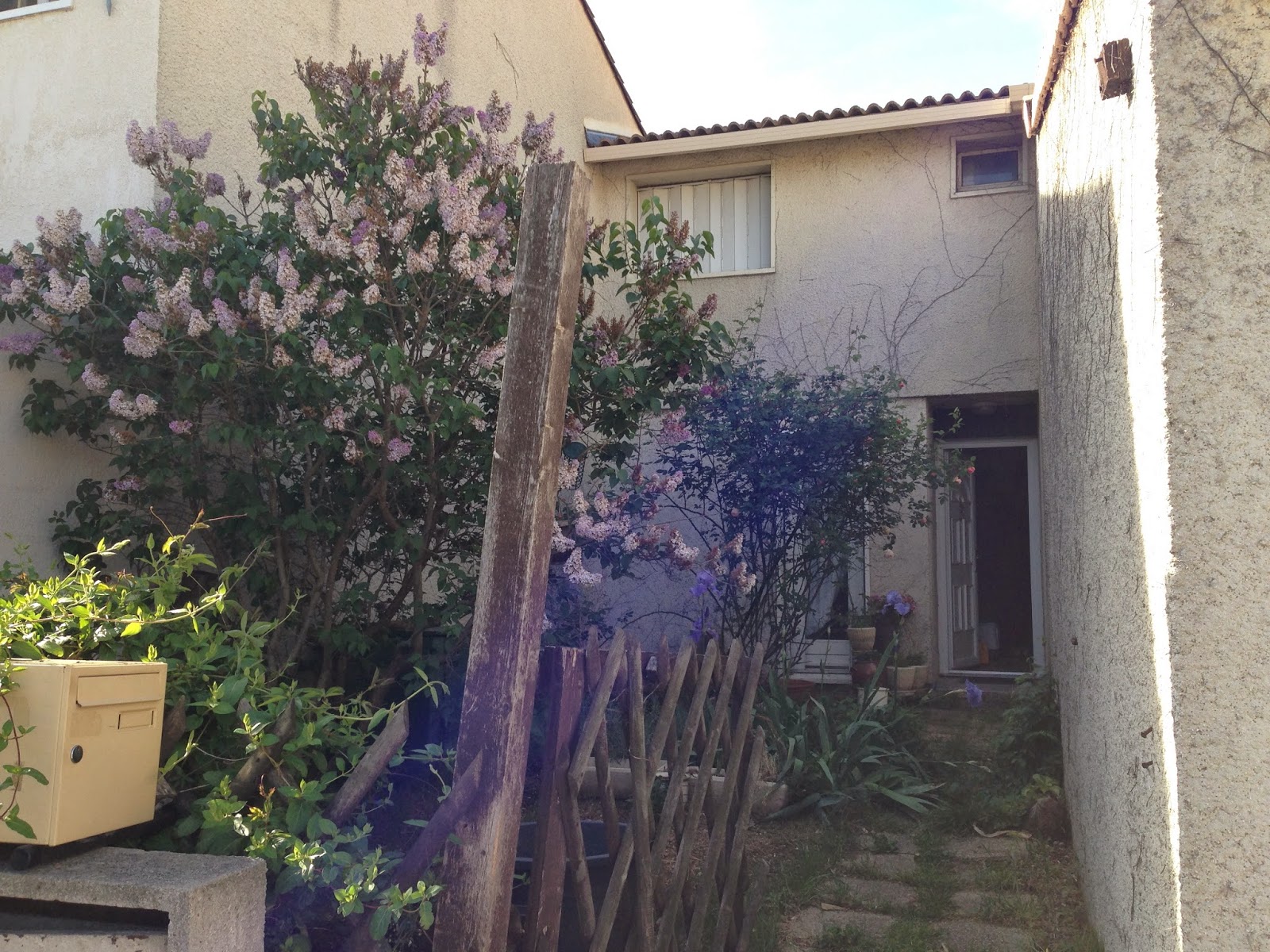 Until one day I had enough of all of it (and checked that my bank account was positive enough).
So I called a landscaper, in fact it is a team of two. They drew a project, now we are at the stage of the quotations.That include building a font wall, designing a garden, cleaning the existing walls. The project also includes transplanting the rose bush that grew out of control. The nursery man is going to take care of the rose bush, but a slight inconvenience appeared. The rose bush hinders the cleaning of the walls, and having the nursery man coming just to transplant it would increase the bill behind reason. 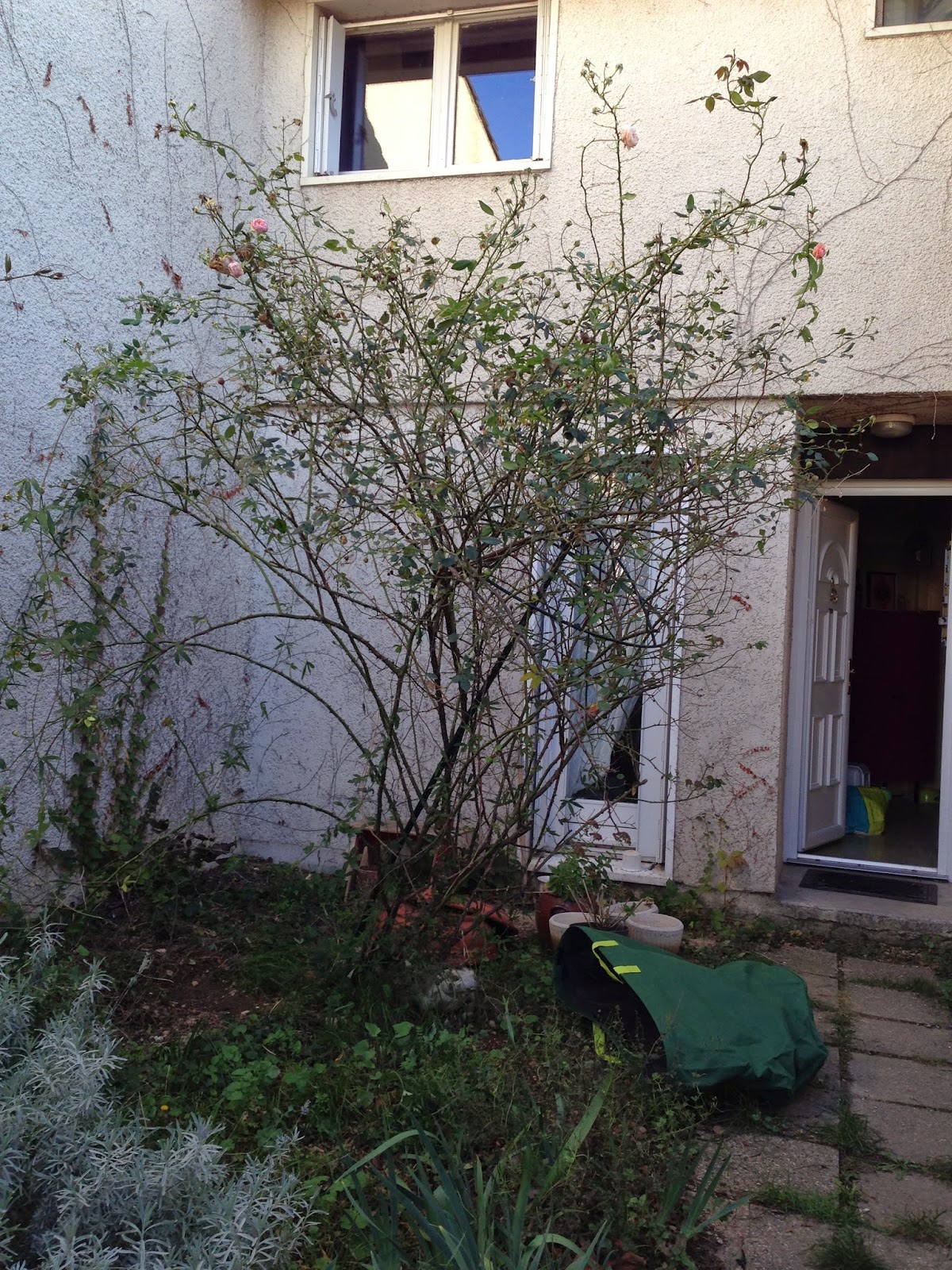 The solution is that I  trim the rose bush, to make room for the cleaning team. Done. 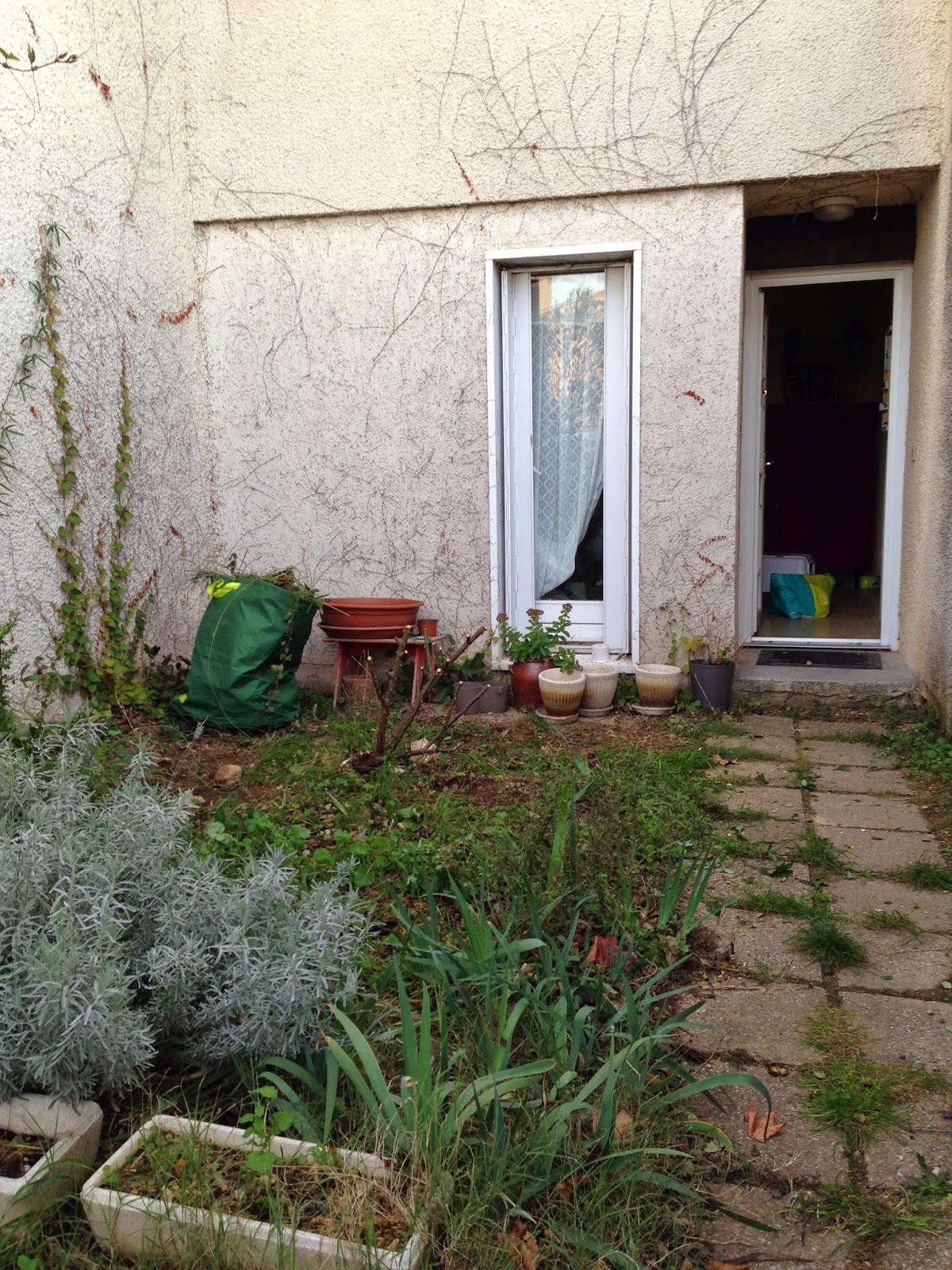 At first, I wanted to keep the rose bush where it was. The landscapers were not thrilled. But I am the customer, so they agreed. However; when I saw the plantation plan, I changed my mind because it broke the harmony of the project. Now that it is trimmed, I'm sure it was the right decision.

And I'm more impatient than ever to see the final result. Most of it should be done before  Xmas...
Publié par verobirdie à l'adresse 5:45 PM

How exciting to have such a project. I can feel the anticipation. Good for you.I can't wait to see the after pictures.

How exciting! For big projects, it helps to have some outside help. And it sounds like they have a vision for this space that will please you.

wow! it's going to look fab. glad i got the violets bcse i'm afraid they'll be gone. btw they are doing really well.